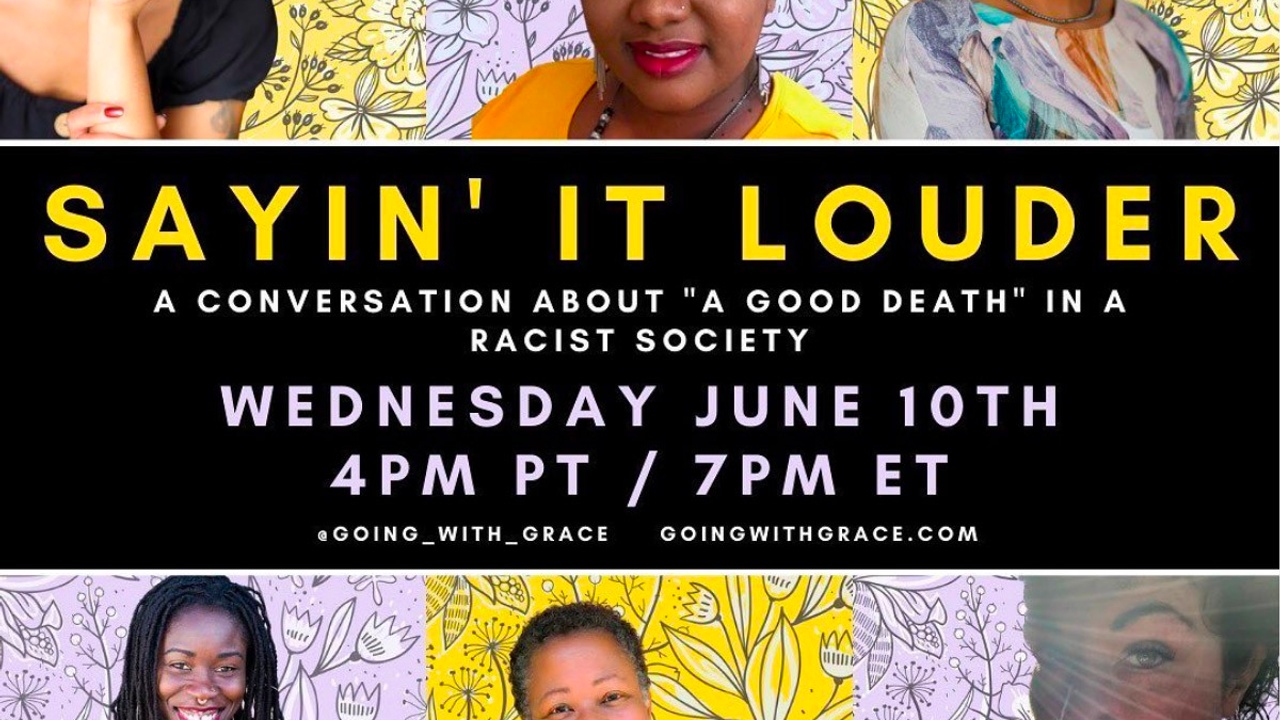 It’s been two weeks since the murder of George Floyd, and the launch of massive demonstrations against anti-black racism around the globe. In our previous newsletter we shared that among other things, we’re committed to using our platforms to amplify the voices of Black, Indigenous, and People of Colour. Below are two opportunities to listen and learn.

Yesterday we listened to Resistance and Resurgence: Confronting Anti-Black Racism in Canada, a powerful panel of seven Black women hosted by Feminists Deliver. The moderator and participants were: Angela Marie MacDougall, Dr. Yvonne Brown, Cicely Blain, Denise Goldberg, Dr. June Francis, Junie Désil and Natasha Tony. We are grateful for the opportunity to listen, and highly recommend you access the recording on this facebook page. (You may need to scroll down to find it). These activists and scholars discuss white supremacy, systemic and institutionalized racism, defunding the police, performative versus action-oriented activism, and Black history in Canada and how it compares to the US.

What’s a Good Death in a Racist Society?

Tomorrow, June 10, at 4:00 PM Pacific Time, we’ll be tuning into a 90-minute webinar called “Sayin’ It Louder: A Conversation about “A Good Death” in a Racist Society. The host, Alua Arthur of Going with Grace, and five other Black funeral and death-care professionals will discuss:

We’re committed to being strong allies by listening, learning, and taking action including amplifying BIPOC voices.

What are you learning?

What actions are you taking?